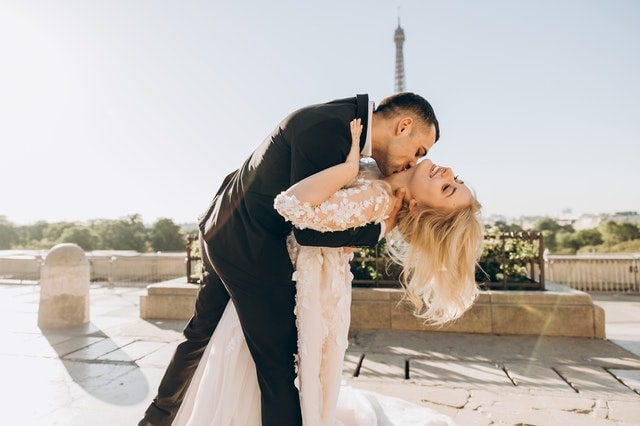 Polyamorous relationships are one of the underrepresented and misperceived types of relationships. And if you’re using polyamory dating sites, you understand that the unique structures of Polyamory require knowing what exactly you want.

For that reason, TV series like Showtime’s Polyamory: Married and Dating is instrumental in breaking down stereotypes and separating fact from fiction.

The show documents the lives and experiences of two different relationships – a triad (MFF) living in Riverside and two couples who form a quad in San Diego.

Polyamory is Not Cheating!

One of the biggest misconceptions and stereotypes of Polyamory is that multiple romances are essentially cheating. But Married and Dating prove otherwise.

Whether it’s the married relationship of Lindsey and Anthony, who begin dating their new partner Vanessa in Season 1, or two couples merging to form a quad, it’s evident that commitment, faithfulness, and respect are central ingredients to healthy and prosperous Polyamory.

Relationships are not only based around sex and intimate pleasure, either. For example, in Season 2, Michael aims to develop a stronger bond with his new girlfriend Rachel emotionally, and not just physically, through sex.

Sexuality Can Play a Major Part in Relationships

Polyamory: Married and Dating showcases two different setups of Polyamory, a triad and a quad. Two things are common between these groups – they both feature strong, bisexual women who are very comfortable with their sexuality.

Both groups also feature only heterosexual men, which does reinforce the idea that in polyamorous relationships, gay and bisexual men are rare.

Stigma – on Both Sides of the Coin

A major milestone in any polyamory connection is finally accepting and embracing your relationship. Unfortunately, there aren’t many positive stories in the mainstream from which the community can learn from and be reassured.

That’s why Showtime’s Polyamory: Married and Dating is very inspiring. We see throughout the two seasons the characters come full circle in embracing their romance and accepting it as legitimate.

This becomes very clear by episode 6 when Tahl brings up his want to tell his conservative parents about his polyamorous love. That said, Tahl’s reality comes to a crash when his partner Jen disapproves, saying that they won’t accept his relationship.

Polyamory is no Better or Worse than Monogamy

One of the slightly negative sides of watching Married and Dating is that the show often shames and objectives monogamous relationships. Often the cast will nit-pick and shun monogamy, similar to how the world treats Polyamory.

This reversal of roles can be off-putting but perhaps more understandable when you consider the many stigmas the mainstream world holds against Polyamory.

However, if we want to understand monogamy and polyamory communities better, we must all realize that both are valid, both are acceptable, and both are meaningful in their unique ways. No structure or type is superior.

One of the biggest takings from the show is undoubtedly how similar polyamorous relationships are to traditional relationships, in that they require commitment and flexibility.

We see throughout the two seasons that each polyamorous relationship goes through trials and tribulations and remedies the situation by listening and establishing ground rules.

For example, this becomes very obvious in Season 2, when Jason and Kamala break one of Michael’s rules and puts their entire relationship into disarray.

Communication is the Key

If you’re serious about partaking in a polyamory relationship, it’s pivotal that everyone establishes their own ground rules and boundaries. Respect these to maintain harmony within the group.

Throughout Married and Dating, triad relationships and quad couples often clash due to a communication breakdown. For example, when Kamala introduces a new boyfriend in Season 2, this disrupts the flow and stability of the other members.

If you want to learn more about the polyamorous community, Married and Dating is an ideal starting point.

Especially if you are curiously joining Polyamory dating sites and want to know how to approach like-minded people, this TV show will give you a greater understanding of the various structures involved.

In the end, you’ll find plenty of answers and learn more about this underrepresented group.