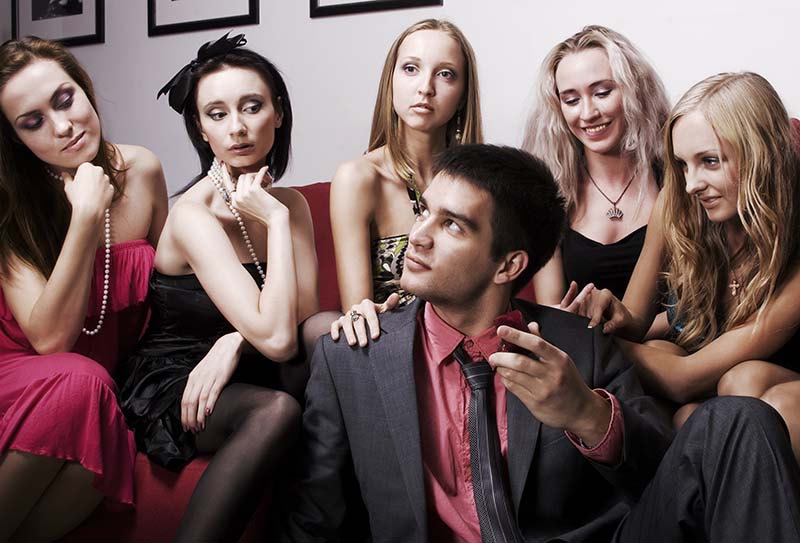 Most people, as we know them, are strictly monogamous and are not looking to have sex with a person other than their primary spouse or companion. This is not to say that polyamory is a negative thing, as romance means something different to all of us – but that poly people just have a few more rules to keep in mind when compared to the dynamics of a monogamous couple.

Being in a one-sided polyamorous relationship means being with someone who is only interested in being with you, but that is seeing another person on the side. This does and has never meant that the main partner of a poly relationship is any less important than the other cogs in the wheel. There can be many, many reasons behind two people choosing to opt for the one-sided fidelity deal. Relationships have never been easy, after all.

It is important for whoever is interested in a one-sided open relationship to establish a well thought out set of rules with their primary partner, to avoid hurting each other’s feelings or encountering one of romance’s most talented killers – jealousy – which negatively affects most counts of monogamy as well.

An example of a rule would be not to kiss anyone other than your main partner (even if anything else goes), or to reserve certain words and expressions for them and for them only. Polyamorous relationships can be very different or very similar to monogamous ones, depending on the needs of the parties involved.

Sex and romance are not as tied to each other as most people think for a select few. So even though your significant other might want to spread their wings and experiment, it is very important for you to realize early on if you trust in the fact that they love you enough for it to be worth it. It is understandable if what you need is monogamy!

To most, love is exclusive. To others, sexual desire is separate from emotional affection and does not always go hand in hand – so it’s not surprising they choose to go for polyamory.

A mono-poly dynamic is one in which a partner is polyamorous while the other is monogamous – so in short, a one sided open marriage. While most people are not comfortable with such a dynamic, there are some who are looking for more than just a single love, or have met a person who has sparked up some conflicting feelings within them – whatever their reason, affection is affection regardless of form, and as long as it makes people happy, then what’s there to judge? Non-monogamy doesn’t have to be bad.

An important disclaimer to make is that being mono-poly is not without regulations. Being polyamorous does not mean you have to be insensitive! Polyamory is more than sleeping around. As such, as previously detailed, it would be more than wise to establish a good set of rules in order to avoid a broken heart later down the road, especially if your significant other actually needs strict monogamy instead.

Being poly-monogamous is a fancy way to describe the fact that you are currently dating several people who believe that they are involved in a monogamous romance with you, or that are intentionally monogamous despite your wide range of potential interests, while you are pursuing multiple affairs with people other than them. Most mono people see this as being nothing more than a glorified form of tolerated cheating. Still, polyamory is a difficult enough subject for us to understand how it can be hard for most to accept its purpose.

Polyamorous romance can be very hard to understand and digest to some – while others will find that being in polyamorous relationships will make them far happier than going for the traditional option. In the end, it doesn’t matter which way you swing or with who you want to have sex as long as you’re not breaking anyone’s heart, then all the power to you!