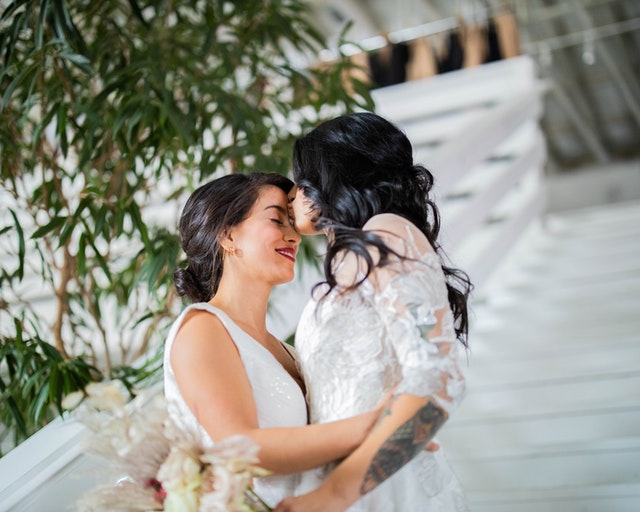 If you’ve ever used polyamory dating sites, you’ll know that finding couples interested in forming triads and quads can be…complicated!

And up until now, polyamory has never really been explored or taken seriously by mainstream media, so there’s lots of confusion about what it entails.

It documents two groups of people navigating non-monogamous, committed relationships and shows how it all works in the modern world. We hear the lives and experiences of the people involved.

From the MFF triad based in Riverside and the relationship of two couples in San Diego who form a quad, you’re given a wide perspective on the nuances of polyamory. And with two seasons online to get through, there’s plenty of twists, turns, and emotions to get through.

A Show that Explores the Ups and Downs of Polyamory Dating

Polyamory: Married & Dating bares all and showcases the realities of how polyamorous relationships work in the real world. It uncovers the good, the bad, and the in-between.

Throughout Season 1, trust is a major theme between all the couples, especially the triad living in Riverside. We wee how Anthony and Vanessa set about concrete ground rules for the triad to operate under and how this affects their relationship with Lindsey.

Rather than showing three beautiful people having the time of their lives, the show digs deep into their personal lives, their insecurities, and more to show just how nuanced and multi-faceted polyamorous relationships are.

Each Member Wants to Make it Work, But at What Cost?

Similarly, by the end of Season 1 in San Diego, the quad’s relationship is pushed to its limit as one of Jen’s boundaries is broken. Can a four-way relationship survive when one member feels taken advantage of?

That’s not to say the show doesn’t show the fun of being in a polyamory relationship, either. Throughout the series, you’ll appreciate the young, energetic nature of normal people and their love of one another. People who are very happy with their circumstances, showcasing how natural a polyamorous relationship could be in a mainstream setting.

By episode 6, for example, Tahl acknowledges how happy and comfortable he is in this otherwise unconventional setup and broaches the topic of coming out to his conservative parents about being in a polyamorous relationship.

A Show Rich in Diversity – But There Could Be Even More

The show moves fast and requires your constant attention to follow names, who is who, and more. Each episode juggles between the Riverside triad and the San Diego quad, but give it time, and you’ll be able to keep up.

Each cast comes across as strong, independent, and, most importantly, very likable. And although there is some heated drama, particularly towards the end of the seasons, it’s portrayed in a believable, natural way that is very human and relatable.

In particular, strong bisexual women are featured in both relationships and are arguably the show’s greatest asset. Unfortunately, there are no bisexual men, as a common stereotype with polyamory relationships is that they rely on just heterosexual men.

In Polyamory Married & Dating, the participants are the narrators and are in control. They’ll show you facets of their lives without intrusion. Think of it like a documentary, a snapshot into one of the most misunderstood and underrepresented communities in the world.

Polyamory: Married & Dating is a revolutionary reality TV show that will both teach and entertain you across two seasons. The stories you’ll watch offer a glimpse into an otherwise unknown and underrepresented relationship community.

No matter if you’ve been involved in polyamory yourself or curious to find out more, you’ll grow to like and love the characters and their journey all the while.

And in true reality-TV style, each episode is full of emotion, drama, and heart, where several stigmas and misconceptions are addressed full-on in an altogether enriching experience.

It’s refreshing to see a series on television documenting the lives and experiences of polyamorous couples. And Poly: Married & Dating offers an entertaining mix of the ups and downs, highs and lows – and everything in-between!