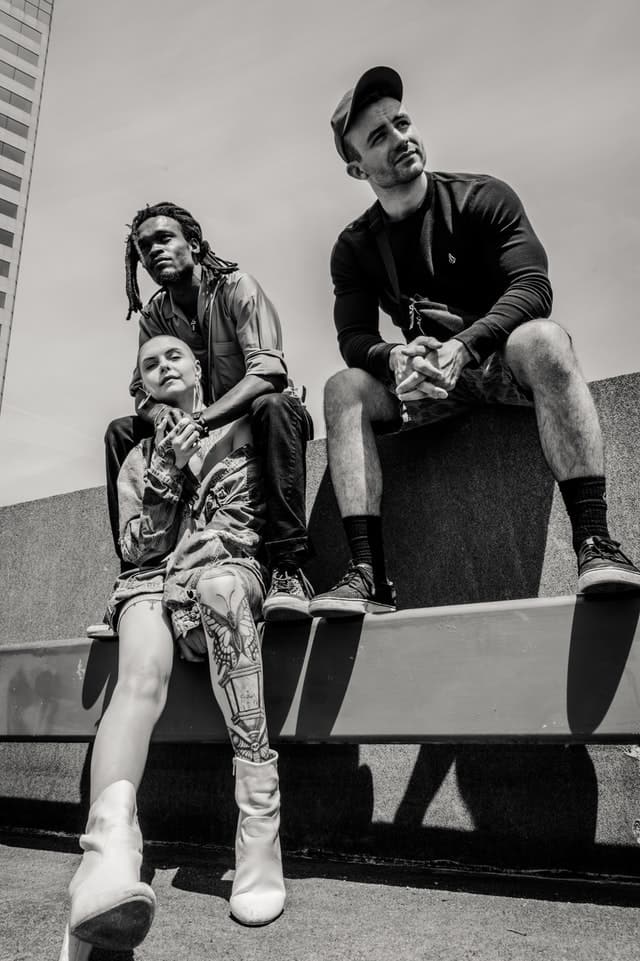 Symbols are one of the most commonly used things in our daily lives. They help people identify themselves, and more importantly, find like-minded people in their community and even far away online. And no doubt, if you’ve used polyamory dating sites, you’ve come across a variety of symbols, flags, and labels that people often use to identify their relationship status and what they are looking for. Let’s talk about the symbol for polyamory. Although the colors, designs, and meaning may change slightly over time, they’re a useful and important way of showing solidarity and support for this often misjudged community.

The Polyamorous flag – its history and meaning

Polyamory flags are undoubtedly one of the most common, most effective symbols we use around the world. They form the parts of celebrations, parades, and more. We use them every day to show our nationality and identity. And the poly community has a polyamory flag of their very own, too! While there is no official polyamorous flag, one popular flag has taken precedence and is commonly used in ceremonies. This polyamory flag was designed by Jim Evans in 1995 and featured specific colors and signs to symbolize polyamorous culture. Each color has its significance to the polyamorous community, including: The symbol π symbol (pi) represents the first letter of polyamory, ‘p,’ and often is one of the most common symbols that has come from Evans’s design. Nowadays, there are several different polyamorous flags, each with different takes on the design, meaning, and representation it covers. Some people use these different flags because they may look better or have a more effective message in their design and include members of the LGBTQI+ community. The bisexual flag uses similar colors (pink, blue, and lavender), and often you will see both flags being represented side-by-side at Pride celebrations around the world.

Another common symbol you may recognize is the polyamorous ribbon. Similar to the polyamory flag, it uses colors to represent the core values of the polyamorous community. The great thing about the ribbon in today’s world is that it can be applied to pictures, videos, and profiles with ease. Many couples who use polyamory dating sites adopt the ribbon on their profile pictures to showcase what they are looking for, clearly for all to see.

Symbols of Polyamory in Media

Despite polyamory being a minority across the world, and often people will admit not knowing anyone personally who is polyamorous, there are quite a few popular stars in media who are symbols in their own right. Arguably one of the most popular (and obvious) is Spock from Star Trek. Spock is one of the most beloved characters in TV history and just so happens to be a lauded polyamorous superstar. In the show, he wears a symbol called the Infinite Diversity, which coincidently uses part of Jim Evan’s original flag in its signature design. The symbol in this show represents the philosophy of ‘infinite love’ ad polyamory in the Star Trek universe. Speaking of aliens, another intergalactic polyamorous star widespread across mainstream media is DC comic-book star Starfire. Starfire is a modern symbol of polyamory because she never compromises her relationships to fit into Earth’s “norms.” Hailing from the planet Tamaran, she has multiple lovers at the same time, including Robin. And as a member of the famous Teen Titans, her identity as a polyamorous woman is celebrated by communities worldwide. Lastly, one of the more popular symbols of polyamory emerging in recent times stems from The Sims franchise. As a progressive game, The Sims has always tried to push social boundaries and norms. The polyamorous mod allows Sims to have multiple relationships with one another. And because the main objective of The Sims is to build relationships between your characters. The ability to have multiple romances that mirror real-life structures in polyamory (such as triads and quads) has helped elevate the community further.