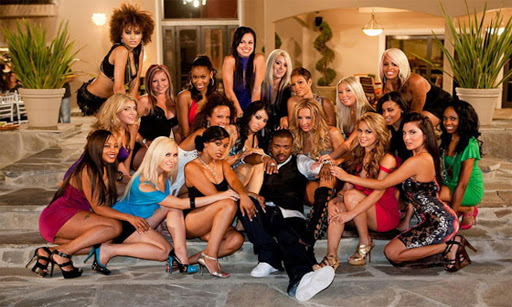 While having multiple partners has been practiced by mankind since early history, being polyamorous seems to have gotten out of fashion at some point in time, with most societies adopting a monogamous lifestyle, whether due to religion, culture, or any other such factor that might have affected their perception of love and couples.

The modern age, however, has brought about a new wave of amorous revival that attempts to eliminate the stigma behind polyamory, and that intends to veto the notion that only monogamy in relationships can bring comfort, security, and happiness. A result of this wave is the appearance of numerous polyamorous dating sites through which solo poly people can find like-minded individuals with which to connect. Polyamory has never been this easy!

Polyamory itself is a term that refers to being in more than one intimate relationship, whether it is purely emotional in nature, simply sexual, or both.

Most polyamorists, despite dating several people, still have a primary significant other with which they have a deeper bond than with the others, and that is more reminiscent of a traditional monogamous relationship, as most couples do.

Solo polyamory refers to a poly individual who retains a higher degree of autonomy than one who is in a traditional poly relationship. The term generally refers to engaging in polyamory while also avoiding a deep and intimate primary-style connection with any one of your partners.

The solo polyamorists is not committed and tied to any of their partners more than the others (so no primary) and does not conform to the idea of couple-privilege, which refers to considering one of your relationships as being worth more than the other or as bearing more potential for a monogamous relationship in the future.

An approachable way to describe a solo poly person would be that they partake in polyamory but do not share their finances with their partners and who usually avoid practices that might seem more fitting to a pair that is about to get married for life.

A solo polyamorist, for example, might enjoy and cherish time spent with their partner, but would rarely consider that moment as being uniquely memorable unless truly special. Non-commitment is the name of the game to the solo poly individual.

They might be having the time of their life at any given moment, but will always veto the idea of getting tied down to any specific partner, whether due to their principles, lack of free time, unpleasant past experiences, or any other reason they might have.

The solo polyamorist does not intend to spend their life with any one partner other than their very self. It could be said that the polyamorist shuns all instances of couple-privilege other than with themselves.

There are also solo polyamorists out there that consider themselves as having a primary partner that is non-romantic in nature, such as a very close, platonic friend or a family member.

We each have different priorities in life, but to some individuals, the sense of kinship that family brings cannot be matched by any outside affair. As such, while they might have several romantic partners, the person they truly lavish and prize could be, for example, their disabled sibling or even their own child.

Having a non-romantic primary can be a great boon to most solo poly people who lack a direction in life, as it allows them to dedicate their efforts to a cause they believe in and care about.

Working on yourself is easier when it also helps the one you care about. This is, perhaps, how Greek pederasty was practiced a long time ago – that of two people in a non-sexual and non-romantic connection whose purpose is to support and benefit from each other.

Poly relationships can be hard enough to understand without also having to learn what being solo poly is. As a matter of fact, relationships are difficult enough by themselves, full stop – though it can all be simple enough if you just boil it down to a few words: being solo poly means not being enticed by the idea of primary-style relationships and not feeling the need to share anything more than a non-committed bond with someone, no matter its nature. Nobody has any sort of romantic privilege over the solo poly.