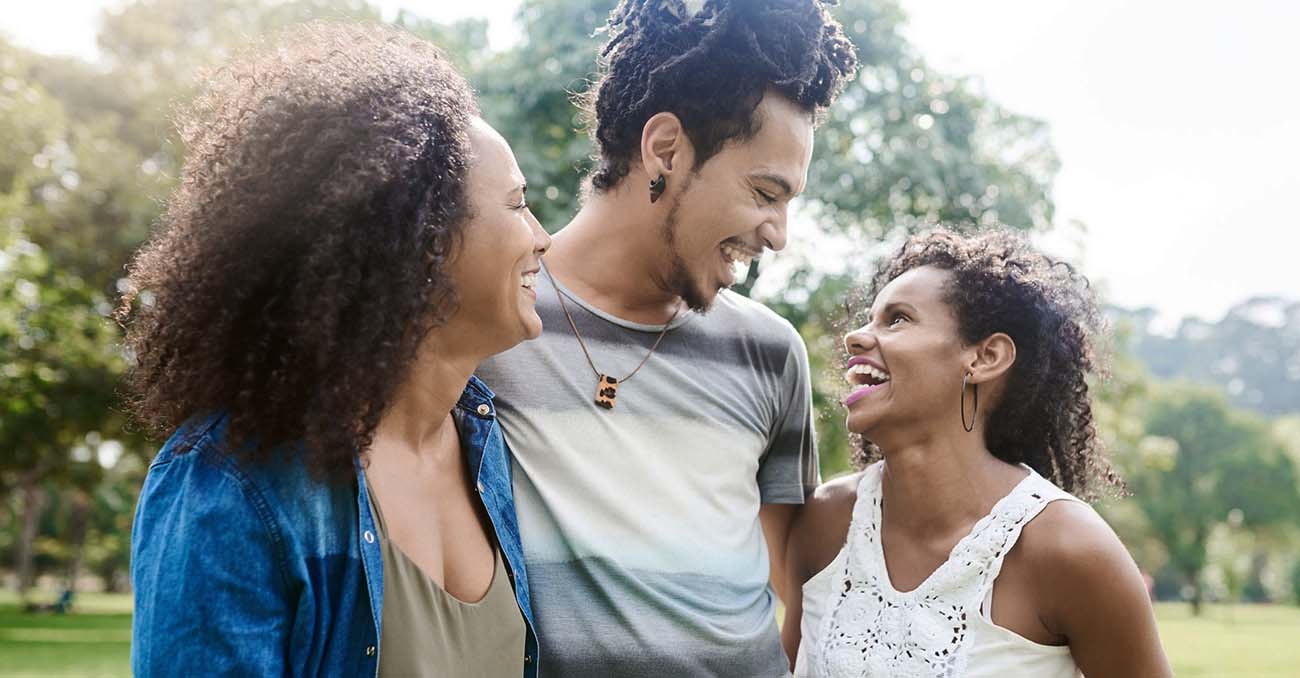 When you have two different types of connections that involve three partners, it can be tricky to understand the differences between them! Here we explain just what a throuple means and how to tell it apart from other intimate connections.

A throuple – is a type of polyamory arrangement, including three people, as you might expect! Each of the three individuals is as invested as the others, and this type of romantic connection is also called a triad. A polyamorous individual doesn’t limit themselves to having a close connection, or intimate relations, with just one exclusive man or woman. They can be just as committed as a monogamous relationship, but with multiple individuals. When you combine the poly lifestyle with a throuple, you have a polyamorous throuple. A closed throuple is where the three companions are firmly committed to each other and do not engage with any other partners or get intimate with anybody else. A poly throuple means both a three-way connection, with the partners having a mutual understanding and agreement about it being an open dynamic.

How Does a Poly Triad Relationship Work?

Another way to describe this arrangement is consensual non-monogamy. Everybody is on the same page, and there isn’t any jealousy, secretiveness, or illicit affairs. We see this type of multi-individual relationship more and more as freedoms become greater, and our thirst for self-expression and exploration grows! There is no reason a polyamorous triad relationship can’t be just as loving, successful, and long-lasting as any traditional connection, and these can even lead to marriage! Often there will be a primary couple, who have then either found somebody else they both wish to accept into their love life or a threesome, which has formed a deeper emotional and sexual connection. Triads aren’t just about hookups, though – these are long-term committed connections, only with the freedom to ignore traditional constructs in favor of a more open attitude to intimacy outside of the home.

What Are The Rules of a Polyamorous Triad?

A polyamorous throuple relationship works in just the same way as any other – with clear boundaries and guidelines that everybody is comfortable with. For example:

What Sort of People Have a Poly Throuple?

As with any form of dating, there is no one size fits all, and you’ll find a vast diversity in the kind of people who enjoy satisfying polyamory based sex lives, or who are part of an established throuple! These can include:

A three-way is just that – intimacy between three different people. It’s usually an occasional or one-off experience, and is a popular bucket-list item with people who want to try some new intimate adventures! This doesn’t usually crate the basis for a long-term commitment. A throuple, however, is a real connection that can last for many years.

How Can I Try a Throuple?

If you are new to non-monogamy, it’s best to make that clear from the outset. Communication is key, so if you’re dating somebody who loves polyamory, then asking them about their feelings is a great idea. They may be more experienced in different combinations of partners and be able to help you explore! The other great idea is to try out poly friendly dating sites. There is no reason you can’t use mainstream platforms and include information in your profile to explain that you’re looking for a throuple or a polyamory day! However, meeting a good mixture of individuals with the same open attitude is small, so niche dating is far better positioned to help you find the experiences you desire.