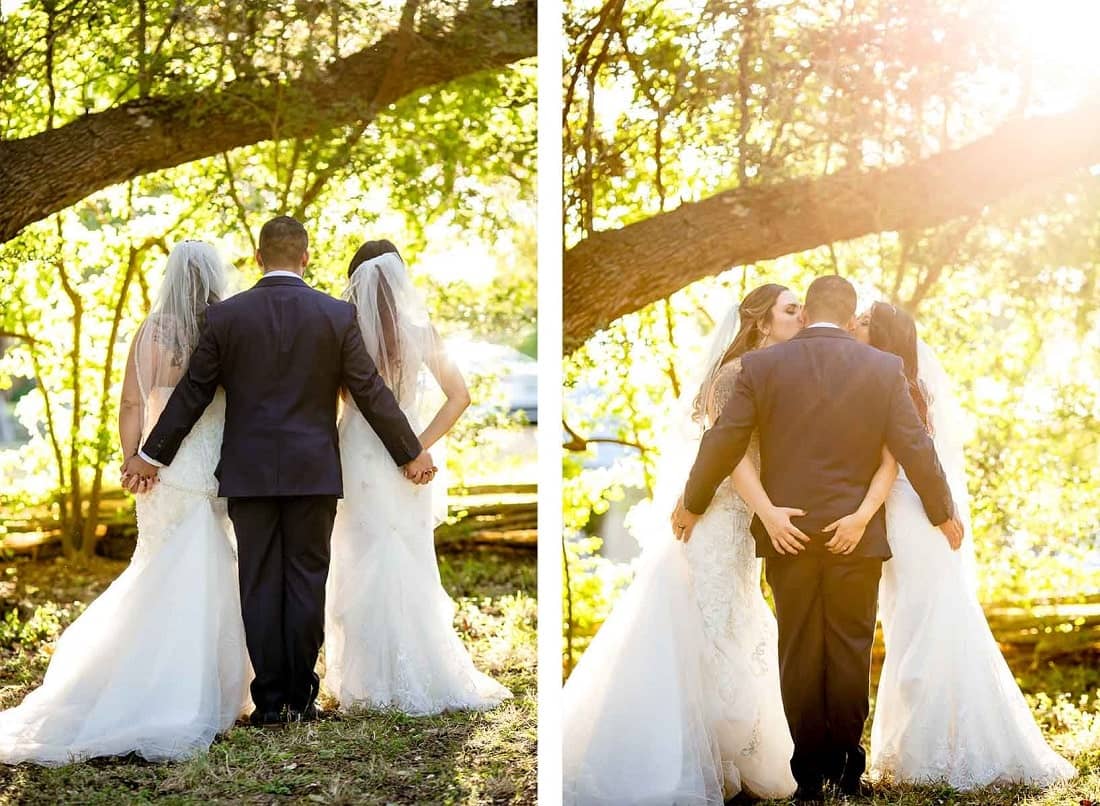 A polyamory marriage is an unusual topic since the definition of polyamory is that a relationship involves multiple people, all consenting and all aware of the other.

It can be that polyamory family dynamics revolve around one primary couple and occasional or regular intimate partners. Alternatively, it can be a three-way marriage with each person having equal participation in the home.

However, it’s worth noting that a real polyamory marriage isn’t legal in most countries and wouldn’t be legally recognized.

One thing that might surprise you is how many 3-way marriages exist in the public eye! Here are some examples of well-known figures who are either in a polyamory marriage or a member of a polyamory family:

How Common is a Polyamorous Marriage?

More common than you might think! There are around 5% of people in the US actively in a multi-person relationship, be that a three-way marriage or a more casual arrangement.

There are multiple forms of polyamory, and so you might not recognize a polyamorous marriage at first glance!

Some poly couples live like a regular married partnership but have other individuals who are either active participants in the marriage or get involved in intimate scenarios.

Others don’t publicize the three-way marriage nature of their circumstances due to fear of judgment from others, but rather keep their relationship structure a personal matter.

In any case, it is always best to be open to exploring new relationship possibilities and educating yourself on how successful poly marriages work!

Legality doesn’t usually come into play in a relationship between consenting adults, but it might do depending on where you live.

In the states and most of the western world, you can only be married to one person at a time. You might be ‘married’ to another person in an informal ceremony, but this would not be recognized in a legal forum.

Some countries do permit multi-person marriages, including:

There are other countries where polygamy is illegal when it comes to marriage, but it is still practiced regularly, and the law is not enforced. These include Israel, Chechnya, and Burma.

Is It Just Men Who Can Marry Multiple Partners?

No! This is a common misconception and isn’t true at all. Polygamy is a commonly used phrase in modern society for anybody in a relationship simultaneously with more than one partner.

However, there are two technical definitions:

Usually, polygamous relationships do not involve marriage or a civil partnership – or, if they do, it is between the original couple, or the dominant pairing, with a third or more partners not part of a marriage, but with equal input into the relationship.

What is it Like Being Married to a Polygamist?

That is a difficult question to answer since there are multiple polygamy forms, and one relationship might look and feel significantly different from the next.

A great way to learn more about how this sort of intimacy works and educate yourself around potential partnership structures and shared sexual relations is to watch polygamy movies or read books by polygamous authors to learn first-hand about how it works for them!

For many people, the concept is off-putting, and we feel potentially threatened by the thought of sharing a treasured partner with a third party.

However, polygamists often say that this has avoided them ever feeling tempted to cheat. There is a great deal of trust, honesty, and openness in a polygamous relationship, with everybody free to explore their passions without restraint.