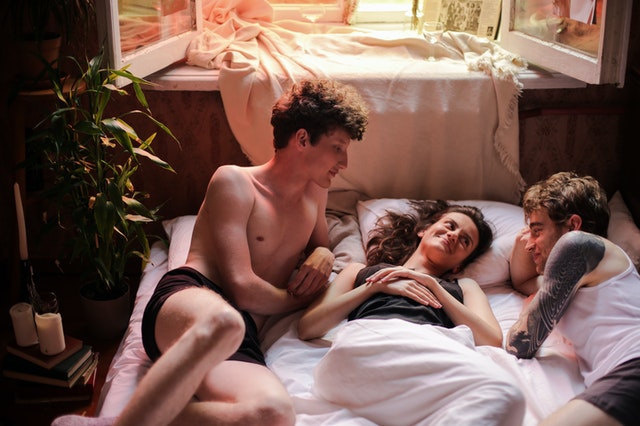 It is also thought that in your 20s and even in your 30s, your sex drive is at its peak. Most men at this age want to prove their attractiveness and masculinity by acquiring multiple sex partners, and it is easier as they are not already committed to anyone.

Some men do not want their sexual liberation to end with marriage, so they talk it out and ensure that their partner is on board even before they take the big step. They want their partner to be around while checking off lofty conquests and sexual fantasies on their lists. It means that sometimes women need to agree to this arrangement even though they may not be interested in it at this stage.

Even when women agree to have a two-men-one-girl encounter, it mostly depends on their real male partner. Jealousy is a huge factor; that is why communication is very important when it comes to inviting a third – a guy or girl – to join you for some sexual action.

Different people may have different driving factors. Some may be bisexuals but still in a relationship with a guy or a girl. They would be more willing to have another guy or girl join them to live their fantasy. Women may agree to it when they are curious about what another woman would feel in bed.

Overall, if you can manage to deal with the moral dilemma and let your guard down, threesomes feel great and help you feel better about life.